Ahhh WordPress, I have been busy with real writing (the type that could potentially make money) and with indulging in some deep, dark fantasies when I need a break from real writing. I still have the world outside of my mind which has been quite chaotic due to my mental instability (possible side effect of the creative personality or the drug use).

Long story short, I know I’ve neglected this blog. Here’s a tiny morsel of affection which will hopefully placate any readers still around here.

Once upon a time there was a bird.
It was a cuckoo bird.

Don’t judge or discount the story readers, this is a free blog and even cuckoos are welcome here.

Yes, it’s weird, but I’m a writer, and I can make up stories about pooping birds if I want to.

The problem with shitting every time you open your mouth, is that eventually someone gets sick of your shit and glues your mouth shut.

Thankfully, this cuckoo was good at avoiding glue and gag orders.

One day, it came across a tasty morsel of whatever cuckoo birds eat, it opened its mouth, and started to shit. Suddenly a commanding voice cried out “stop your shit”.

Shit doesn’t stop just because someone tells it to, so life went on as normal.

Another day, as the cuckoo pondered another tasty morsel, a voice cried out “stop”.

Since he hadn’t started shitting or opening his mouth, he cocked his head to the side to hear more of what the voice wanted him to stop.

There was no more voice. He opened his mouth to eat, and again a voice said “stop”.

“Stop what?” The cuckoo said (my story, birds can talk if I want them to).

“I’m not pretending anything!” Cuckoo shouted at the voice.

“You’re not a cuckoo, you are just a little novelty toy that “poops” candy every time someone pushes your button.

The cuckoo looked at itself and realized the voice was right, and then the story ended, because I’m only human.

Even skilled writers would have a hard time writing a story about a candy pooping toy. 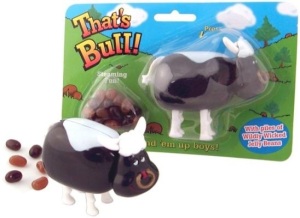 3 thoughts on “A tasty morsel”